Thy great name we praise 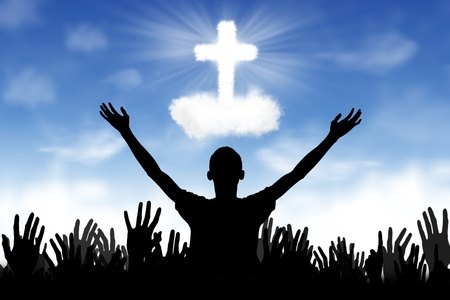 In past blogs we have looked at some of the names of the Father all revealing some aspect of His character; Elohim – God the powerful, mighty, creator, El – the strong one, Elah or Eloah – the adorable one, El Elyon – the most high God , El Rio – the Lord who seeth me.
We can see from the above that we are discovering His character through His various names. Many times El is combined with other terms to reveal God and His various attributes through different circumstances outlined in Scripture.

Such is one EL-ELOHE-ISRAEL- God of Israel.

The text of this name of God is found in Genesis ch33 vs18-20 where Jacob puts God’s name El-Elohe-Israel on the altar that he erected (his first altar) by Shalem, a city of Shechem in the land of Canaan. This was an act of faith by Jacob, appropriating his new name Israel (a prince with God) but also in this new sense claiming Elohim was the only one through whom he could walk according to his new name. His new name came through his night long struggle with the Lord at Peniel (Genesis 32 vs 30) where he realised he was at the mercy of God. Jacob said in ch 32:30 that he had seen God face to face and God had preserved him and blessed him and gave him the new name of Israel. So by faith he saw that El was his God, Israel’s (Jacob’s) God. It was a new discovery for him that now he was a prince with God! He now had a personal, walking, living relationship with God.
As we read the scriptures we will find the same designations, for the God of Abraham, the God of Isaac, the God of Jacob, of Jeshurin, of Shem, of Daniel and others. God becomes the God of the person concerned. He is not the God of the dead but of the living. He is MY PERSONAL GOD and if you know Christ as your personal Saviour He is your personal God to. Hallelujah. Psalm 48:14. “For this God is our God for ever and ever: he will be our guide even unto death”……..Thy Great Name we praise.

Another is EL OLAM – God of Eternity or the everlasting God

El OLAM is a name of God which reveals that He is beyond time. Whatever our comprehension of outer space is He is beyond that He is the God of Eternity, the everlasting God.
The first occurrence of the name is found in Genesis ch21 verse22-34 where Abraham who had settled in Gerar forms a strong covenant of friendship with Abimelech, the king of Gerar. However there was a problem over the right and use of a well which Abraham had dug. The men of Gerar wanted to oust Abraham. Abimelech the king knew nothing of it and so they made another covenant over the ownership and usage of the well. It was Abraham’s. He called the place Beersheba (The well of the oath). Abraham believed he had reached the end of his pilgrim journey, the friendship covenant with Abimelech seemed to give him peace but the men of Gerar and their dislike of him surely unsettled him, especially with the departure of Abimelech and his host into the land of the Philistines. Even though God had covenanted the land to Abraham (ch 15:18) a new discovery of God was needed to stop any further depressing sense of insecurity that he felt in the land. It came when he planted a grove in Beersheba and called on the name of the Lord. The EVERLASTING God was revealed to him in name. God’s name assured him of God’s eternity of God being forever with him and therefore for Abraham, God’s overseeing control of his life.
Today El OLAM is still the God without beginning or ending. The God who will never cease to be. The God to whom eternity is what present time is. The God on whom we can call because He is always always always near.

Brothers and sisters the eternity of God is a foundational stone on which our faith can repose especially in view of the frailty of man. Remember that waiting upon the EVERLASTING God imparts into our lives the EVERLASTING strength so necessary for the changing events and experiences in our pilgrimage of life even unto death and beyond……….Thy Great Name we praise.