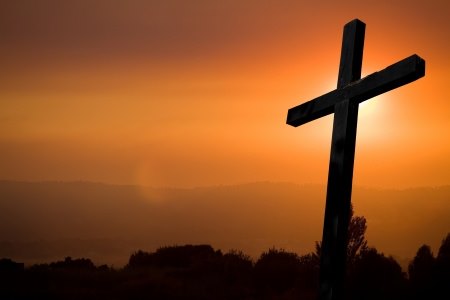 The First path to the cross is APATHY:-

The soldiers had mocked Jesus, plaited a crown of thorns and placed it on His head, smote Him, spit on Him, scourged Him and led Him away to be crucified. These soldiers were professional executioner’s. Such was Jesus’s beating that He could not carry his cross all the way to Calvary. Carrying the Cross was something these executioner’s would not do. The only things they would be carrying was a hammer and nails and a drink.

They chose from the crowd Simon of Cyrene, an African. He looked strong enough. In doing this were the soldiers being compassionate to Jesus? No, Jesus was stumbling, collapsing He was slowing the procession from getting to the crucifixion site, Golgotha – the place of the skull. To these professional killers it was just another day, same old same old. They had crucified many before Him, so the sooner they crucified this insurrectionist , along with 2 thieves, the better.

When they arrived at the site they offered Him a drink which He refused after tasting it. They are not bothered, apathetic. They immediately nailed Jesus Christ to the Cross, all in a days work. Next came the 2 thieves – job done. Jesus wouldn’t be needing His clothes and His sandals would He! So they cast lots for them. The soldiers here were were apathetic full of apathy. They showed no emotion over what they were doing, they were indifferent, had no interest in the dying Saviour, but were interested in gambling for His garments. It took your mind off those two crying, groaning thieves. No tears from the soldiers just apathy.
What a path to travel.

The Second path to the cross is ANTIPATHY.

Antipathy means a feeling of intense aversion, dislike, hostility towards, hate. This was the second group at the cross. These were the people that shouted ‘crucify him’. Those that passed by as He was hanging between heaven and earth. They reviled Him, insulted Him, using scornful and abusive language. There was nothing recorded that was said against the two thieves. Their anger was towards Jesus.

It wasn’t just the common folk that mocked Jesus, the high priest, priests, scribes and elders those that saw him as a threat to their positions, their comfort, their way of living, their interpretation of the law, their interpretation of the truth. Hate can blind people to the truth. And it did Satan had blinded and submerged their minds into a crucible of hate, aversion, dislike, hostility, hate, Antipathy.

What a path to travel.

The Third path to the Cross is SYMPATHY.

The word sympathy means the sharing of another’s emotions especially sorrow, anguish, pity, or compassion. In verse 55 of our text it tells us there was many women that stood afar off beholding Jesus. In John’s Gospel ch19 vs25 it tells us of certain women and John standing by the Cross. Deep sorrow, terrible anguish and such pity flooded their souls. Tears streamed down their faces as they looked upon their dying crucified Saviour.

Sympathy pervaded them body, soul and spirit. This is the path to travel.

Apathy, Antipathy and Sympathy are three roads that lead us to the Cross and we are all on one of them……… Which one are you on?