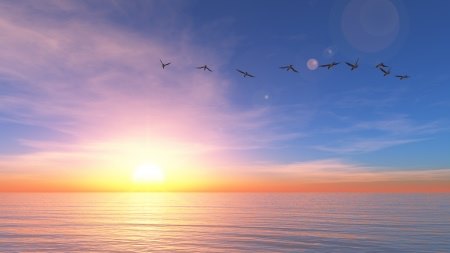 There are 3 Ananias’s mentioned in the New Testament. The high priest in Acts ch 22 vs12, the husband of Sapphira in Acts ch5 vs1 and a disciple of Christ dwelling in Damascus found in Acts ch9 vs10. It is this disciple I would like us to consider today.

Ananias of Damascus is mentioned in 2 portions of New Testament scriptures; in chapter 9 vs 10-19 and chapter 22 vs 12 – 16. When considering these verses we find in him a sparkling gem of Christian discipleship. There are 4 radiant characteristics shining forth from him:-

First His Readiness.
There was a task needing to be done. The Master Jesus Christ was looking for a certain someone. The scripture says ‘there was a certain disciple’. The Lord had found His man. Ananias of Damascus, a disciple who was ready, willing and faithful. Indeed the Lord knoweth the way of the righteous (Psalm 1:6) Ananias wasn’t an apostle, a preacher, a pastor, an elder, he was a disciple, a godly jewish Christian man amid the ordinary circumstances of a workaday life; wanting and waiting to do his best for his Lord and master Jesus Christ. He had a deep and steadfast faith. So here we have a servant of Christ, one whom Christ has found to be faithful in a few things (Matt 25:21). It is a welcoming fact that no depth of obscurity can hide us from His gracious gaze.

The scriptures tell us in Acts ch 22:12 that he was ‘a devout man according to the Law ‘. He was a true Christian a loyal Jew a principled honest man with an inward and outward profession and possession of faith. The scripture tells us in the same verse that Ananias as ‘having a good report of all the Jews which dwelt there ‘. These 3 sub points tells us that he was a disciple who lived his discipleship. A Mr nobody! But in the higher sense he was the aristocracy of heaven and he lived in readiness for the Master’s use.

Secondly we see his Willingness.
In Chapter 9 vs 10 we see the Lord called his name. Ananias’s response was ‘Behold, I am here Lord’. The Lord gave him instructions to go and lay his hands on Saul of Tarsus, the arch enemy of all believers in Christ. Surely he would be like a lamb walking into the mouth of a lion, not a Daniel – but a fearful disciple. The Lord quells his fears. ‘Go thy way he is chosen vessel unto me to bear my name ‘. And so Ananias without further delay went directly to the house where Saul of Tarsus was and laid his hands upon him. Saul was immediately healed and filled with the Holy Ghost.He arose and was baptised (I wonder if it was Ananias that baptise him?)
We see then Ananias willingly obeying the voice of Jesus Christ (the living word). He was obedient to time, place and circumstances. The result from his exact obedience would be phenomenal – yes, the apostle Paul! Oh to be a willing disciple!

Thirdly we see his Faithfulness
When considering Ananias’s Readiness and his Willingness we can surely see that those two facets of his character blossomed from his faithfulness. As he went toward Saul we can see he was full of Christian faith, Christian love, Christian loyalty and Christian humility as he spoke to Saul. He affectionately said ‘Brother Saul’. It is apparent that Ananias was filled with the Holy Ghost, as he spoke with such authority and directed Saul to his life’s work.

Finally we see Ananias’s humility, he did not state who he was, where he was from, how he was specifically chosen by Jesus, all he said of himself was that Jesus had sent him. He was a faithful anonymous messenger of the Master.

Four qualities then that are needed in a disciple – Readiness, Willingness, faithfulness and humility. Let Ananias be an example, a pattern and an inspiration to us all as we tread our path of life in Christ. Let us seek to be fit for the Master’s use.