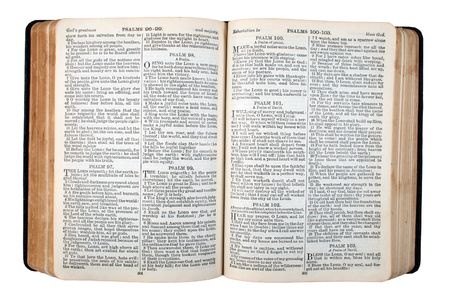 Many times within the Scriptures robes or cloaks are mentioned, all have significance. Remember Aaron and his sons and their priestly garments. Remember the robe Jonathan gave to David. Remember the robes worn by the Saviour during his trials. There are many more that you may think of. I would like to consider three.

The first is found in Marks Gospel ch12 vs 38 & 39. Jesus was commenting on the hypocrisy of the religious leaders and what they wore; ‘They love to go in long clothing (Greek ‘Stole’ = cloak) and love salutations in the market places. And the chief seats in the synagogues and the uppermost rooms at feasts:’ In context these are robes of hypocrisy and self righteousness. Outside of Christ this is the robe that we wear. But in Christ we are clothed with His robe of righteousness. (Gal 3:27, Rom 13:14)

The second is found in Mark’s gospel ch10 vs46 – 59. We read of blind Bartemaus begging at the roadside. When he heard Jesus of Nazareth was passing by, he began to shout ‘Jesus, thou son of David have mercy on me’. Despite being told to be quiet he shouted more loudly. Jesus stopped and the blind man was called to Jesus. The scripture say in verse 50 ‘and casting away his garment’ (Greek – ‘himation’ – cloak, robe) ‘he rose and came to Jesus’s’. The first thing that Bartimaeus did was to throw off his cloak, then he rose up and came to Jesus. This was very significant. In throwing the cloak aside Bartimaeus was making a declaration of faith. The first indication of faith was that he was calling Jesus ‘the Son of David’, the second was the casting away of the cloak. Why the cloak/robe ? In those days they did not have white sticks but blind people wore particularly distinctive cloaks that told all around they were blind. So by throwing his robe away he was demonstrating his belief that Jesus would heal him. Without this full expectation (Heb 11:1) surely, as he made his way through the crowd, he would have kept his cloak – just in case, It was such an act of faith that Jesus did not have to lay hands upon him. He just asked him what he wanted. ‘Lord that I might receive my sight’. Blind Bartimaeus calls Jesus – Lord. What did Jesus say, ‘Go thy way thy faith hath made thee whole’, and immediately he received his sight. It doesn’t end there; he followed Jesus, seeing. Why did Jesus ask him what he wanted when his faith was obvious? I believe he wanted Blind Bartimaeus to ask in faith. So beloved ask in faith believing, it will heal the blindness, John 16:24.

The third is found in Luke’s gospel ch15. We find the story of the prodigal son. Upon his repentance and return we find in verse 22 the father requiring the servants to put the best robe on his son. Even though he had wasted his inheritance in living sinfully, even though he had dishonoured his father, through his repentance he was reinstated to the position of a son and heir. The robe of sonship was now his.

In looking at these three robes we see:-

Which robes are you wearing?