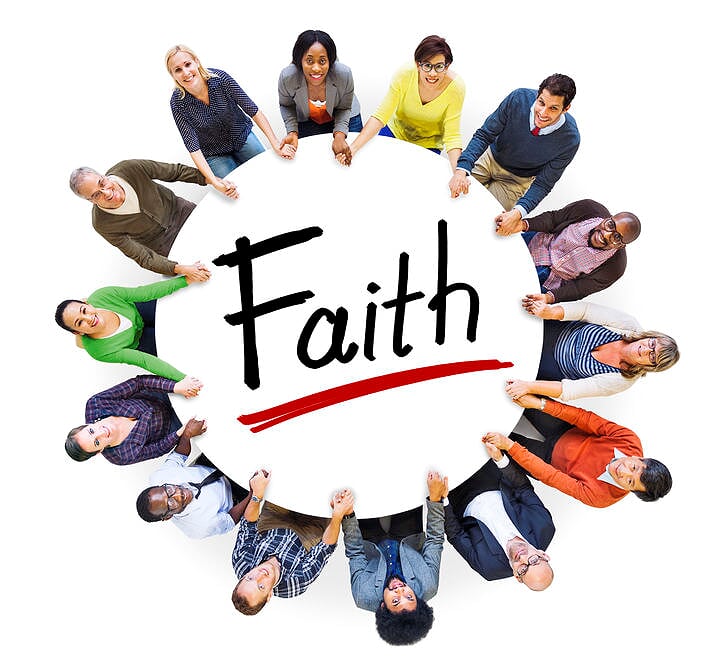 There is a true story about a tightrope walker who put a walking wire across the wide gorge of the Niagara Falls. The man’s name was Charles Blondin . The rope was just over 1,000 feet long. The year was 1859 the month was June, 25,000 people turned up to watch. He worked without a net or safety harness. When he safely reached the Canadian side the crowd burst into a mighty roar. Blondin said, ‘I am going to do it again but this time with a wheelbarrow full of rocks. He did it again and again. The crowd went crazy. Blondin looked at the roaring crowd and said,’How many think I could take a person in the barrow across?’ They all cheered in belief. Blondin then pointed to a man who was cheering loud and said, ‘Get in’.
The man refused…….Why?
Well there’s a saying, ‘seeing is believing’, and that was true for that man and the crowd that was with him. But to put that belief into action and by faith trust the tightrope walker with his life, that was something different.

There are a lot of people who believe the stories about Jesus, but that’s it! To believe in your heart, to trust Jesus with your soul, to really believe that God raised Jesus from the dead, to get in that wheelbarrow of faith well ….. that’s different. And that is the difference. Have you ever trusted Jesus like that…. with your whole life.
Think about it.
God bless.